This post originally debuted on the blog for our apparel line which we closed in 2017 to pursue our #EpicAdventure.

I love New Years, the first of the month, and honestly, Mondays.  And mornings.  I’m one of those awesome (dreaded?) morning people.

Do you know why I love them?  They are all fresh starts—a chance to wipe the slate clean and begin again.  Every morning, every week, every month, every year, it’s an opportunity to accomplish some purely amazing shit.

But here’s the catch, having all of these fresh starts means a gazillion different points to set new goals…and I love me some new goals!  I’m a goal-flake.  I’m shooting at new targets every day…sometimes because yesterday’s goal made me feel icky, sometimes because I realized it was unrealistic, or didn’t align with another goal…sometimes it’s because I’m a human and humans like to change their mind. Sometimes….ohhh, shiny object!

So how’s a girl to deal with being a human and wanting to be an ass-kicking accomplisher?  (Yeah, I’m making up words now, but you get it, right?) 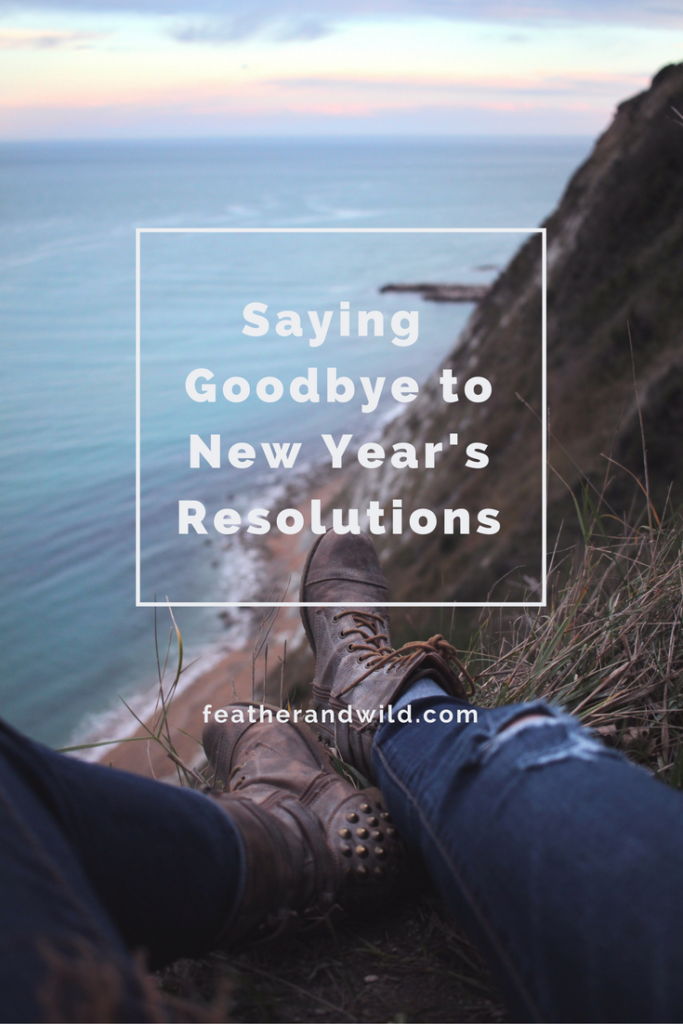 I gave up resolutions a long time ago.  Resolutions get broken.  That’s just what they do.  They are like a one night stand that show back up in April when you’re spring-cleaning your desk,  wondering why you never called them.  Who needs that?!

A few years ago, I was introduced to the Word of the Year theory.  Instead of setting boring resolutions that you won’t think of after January 5th, you pick a word to live by for the year.  And you plaster that word everywhere.  “Simplify” is not nearly as judgey  as “declutter one area of the house every week.”  I’d rather have the chance to make 365 amazing small choices than having a weekly guilt trip hanging over my head.  How about you?

Now, there are a couple little pieces of advice to make the word of the year thing work:

I had a hard time picking my word for 2017.  I bounced a ton of words around before one finally felt right.  The wonderful ladies who wrote The Resolute Word were a huge help when I needed a sounding board and some ideas.  I highly recommend picking up their book and joining their Facebook group.  It’s not too late to pick a word for 2017.  It’s never too late.  Maybe it’s just going to be your word for January, or maybe February by the time you land on it, but who cares…you’re focusing on you and what you want.

Curious about what word I finally chose for 2017?  I’ll share mine next week!

Already have your word?  Drop a line in the comments and let me know!  Who knows, you may inspire someone else!